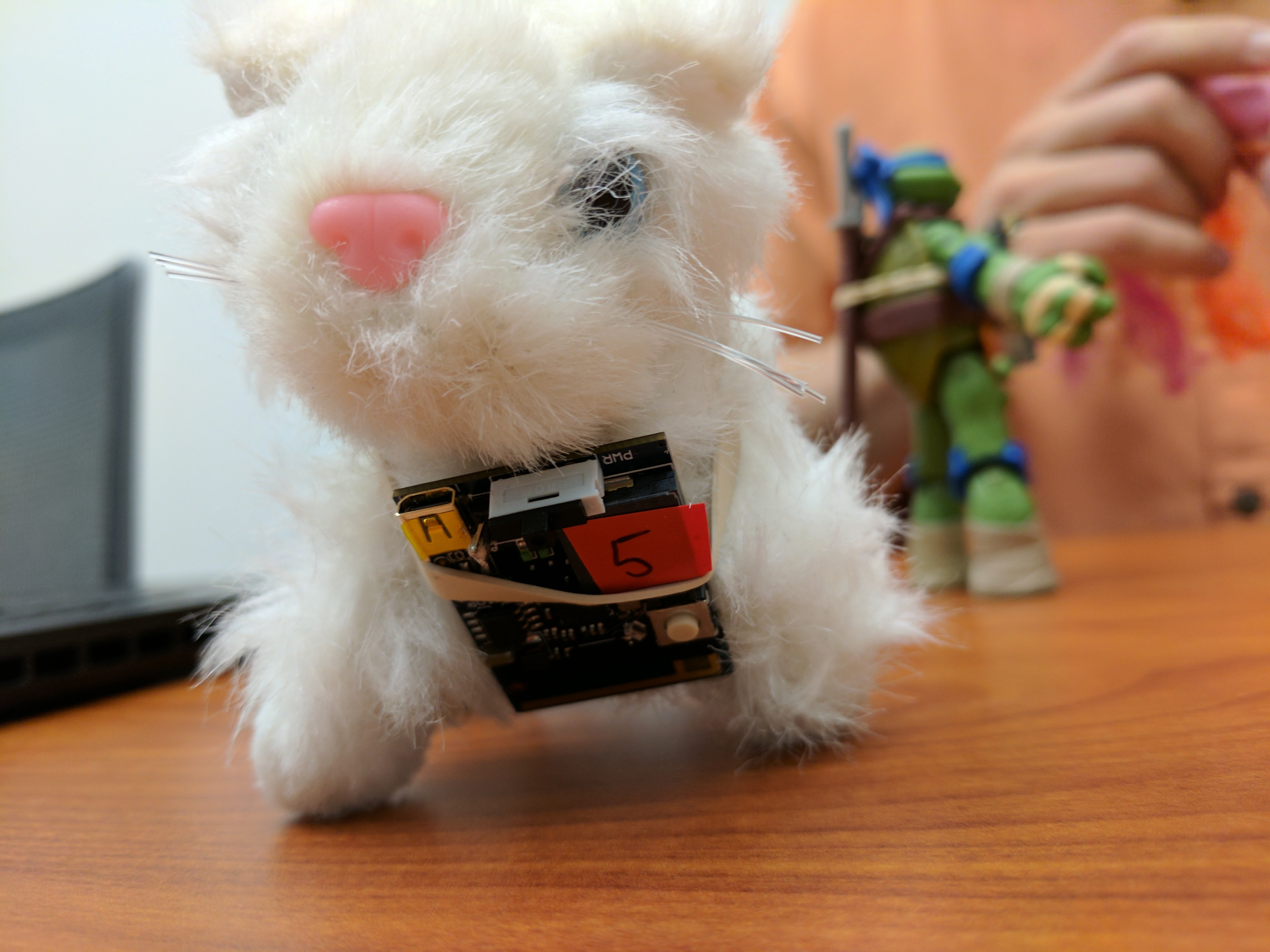 Make toys come to life with conversation, jokes, and stories. Typing and reading skills will be used to create dialogue for action figures or plush toys. You are welcome to bring your own softie or action figure. Registration required: Recommended for ages 11-14.

See below for more details.

The “Stories and Software” STEAM workshop series was developed at the ATLAS Institute at the University of Colorado by Entrepreneur in Residence Isaac Davenport and his team at Toys2Life.

What will we do?

-Play with a next generation smart toy system where kids select who talks to whom by moving radio tagged dolls and action figures closer together or farther apart.

-Write lines of dialog within the confines of tagged dialog models.

-Voice act and record the dialog for their character.

-Play their artificially intelligent toy character against their friends and built in characters.

-Create emotionally appropriate dialog so their character can respond to other’s stories.

-Create fully scripted interactions between their character and other characters.

What will we learn?

-We will explore creative writing with purpose, the mechanics of language, the emotional content of language and what makes a character interesting as we create lines of dialog that fit the classifications within the dialog engine.

-We will try voice acting and dialog editing.

Notation (JSON) to feed into the algorithm of the artificially intelligent dialog engine.

-We will practice our story telling skills as we create half contextual stories that can be told to any character and fully scripted dialogs with known characters.

-We will briefly discuss Blue Tooth Low Energy (BLE) radios and how the system knows which characters are getting closer to which other characters.

In this workshop we will write, tag, and record a dozen phrases. Towards the end of the workshop, we will see our character come to life as it talks to the other characters.

The workshops are optimal for kids who have had some experience with computers.

We have code at our fingertips as we drive our cars, check the news on a laptop, or message a friend with our cell phones. Boulder CSED Week invites learners of all ages (adults, school aged kids, and even pre-schoolers) to consider code and create with it! Experience robots, and control them with code, make a block based program or write out coded instructions, learn how to code a new device or make an app, visit with a robot at story time, and more! All of Boulder CSED Week’s program are free and open to the public. Programs are hosted by local experts, educators, and makers, and inspiring technologies offer pathways for code-learners of all levels of experience. Some programs ask for pre-registration. Join us - create with code for this year’s Boulder CSED week!

We are delighted to host programs with these awesome partners who volunteer their time for Boulder CSED 2018!