Masks are required in all indoor public spaces for those age 2+ regardless of vaccination status. More about the public health order. 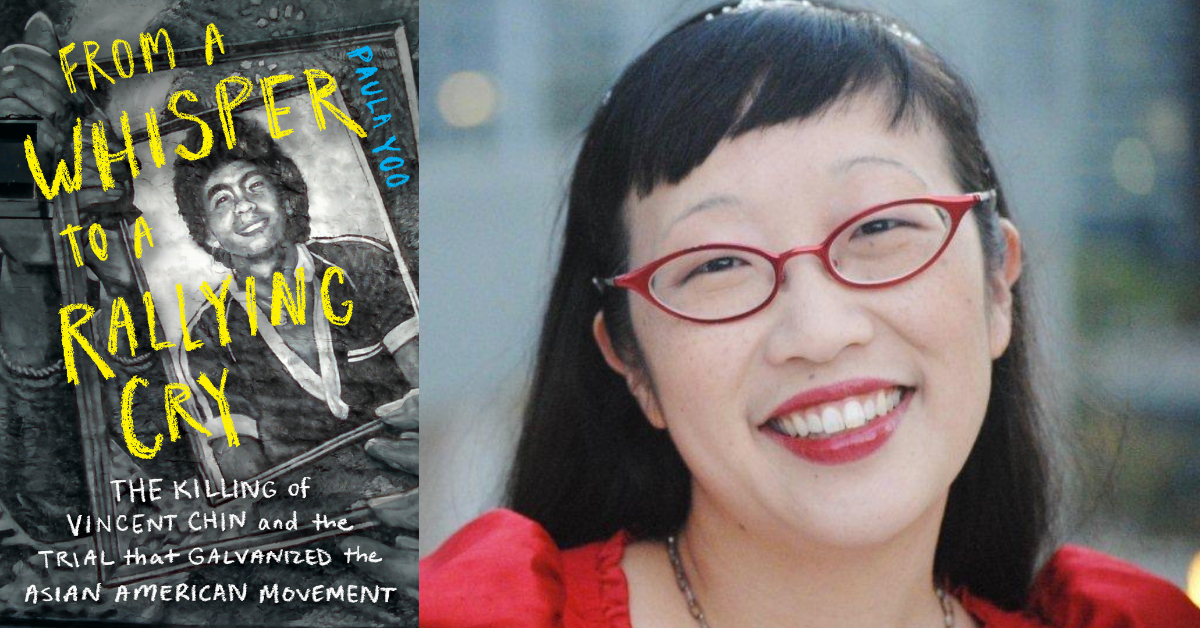 Paula Yoo: From a Whisper to a Rallying Cry, an Author Talk and Teen-led Panel Online

Learn the story of Vincent Chin and the case that took America’s Asian American community to the streets in protest of injustice. Hear from author Paula Yoo and teen leaders from the Boulder Teen Advisory Board and Diversify Our Narrative BVSD on why learning and talking about recent and historic racism in our country is important. Registration is not required to attend this event, however the first 15 registrants will receive a free copy of From a Whisper to a Rallying Cry by Paula Yoo.

Extensively researched from court transcripts and interviews with key case witnesses—many speaking for the first time—Yoo has crafted a suspenseful, nuanced, and authoritative portrait of a pivotal moment in Civil Rights history, and a man who became a symbol against hatred and racism.

From award-winning author Paula Yoo, comes FROM A WHISPER TO A RALLYING CRY: The Killing of Vincent Chin and the Trial that Galvanized the Asian American Movement by Paula Yoo (Norton Young Readers; on-sale April 20, 2021; Ages 12+; 9781324002871)—a groundbreaking portrait of Vincent Chin and the case that took America’s Asian American community to the streets in protest of injustice.

Extensively researched from court transcripts and interviews with key case witnesses—many speaking for the first time—Yoo has crafted a suspenseful, nuanced, and authoritative portrait of a pivotal moment in Civil Rights history, and a man who became a symbol against hatred and racism.

In this current climate of civil unrest and a country confronting a history of deeply rooted systemic racism, the story of Vincent Chin is as important now as ever. With Asian Americans being singled out and racist incidents on the rise during the COVID-19 pandemic, the story of Vincent Chin’s killing and its aftermath is incredibly timely, presenting an important learning moment for teen readers and adult audiences alike. Asian American history is often overlooked and undertaught in schools, and Vincent Chin’s name remains relatively unknown despite making national and international headlines at the time. Now, almost 40 years later, it’s time to remember Vincent Chin and the significant role his case played in American history.

America in 1982. Japanese car companies are on the rise and believed to be putting American autoworkers out of their jobs. Anti–Asian American sentiments simmer, especially in Detroit. A bar fight turns fatal, leaving Vincent Chin—a Chinese American man—beaten to death at the hands of two white men, autoworker Ronald Ebens and his stepson Michael Nitz. This is a searing examination of the killing and the trial and verdicts that followed. When Ebens and Nitz pled guilty to manslaughter and received only a $3,000 fine and three years’ probation, the lenient sentence sparked outrage in the Asian American community. This outrage galvanized the Asian American movement and paved the way for a new federal civil rights trial of the case—the first on behalf of an Asian American.

Paula Yoo is an award-winning author of children’s books, a former journalist, and current screenwriter who has merged her talents to create a thoroughly researched and reported nonfiction book, but with the intensity of a suspense movie thriller, and the intimate emotional character journey of a novel. As a Korean American who’s specialized in multicultural Asian-American themed children’s books, and having lived in Detroit working as a journalist for The Detroit News, Yoo is able to examine the controversial racial issues behind they Vincent Chin story with sensitivity, authority, and grace.

Paula Yoo is an award-winning children’s picture book author and novelist, a prolific TV writer/producer, and a freelance violinist. From a Whisper to a Rallying Cry is her debut YA nonfiction book. She lives in Los Angeles.

Norton Young Readers publishes a full range of books for young readers: picture books, narrative fiction and nonfiction, and graphic works, for all ages from preschool to teen. Its parent, W. W. Norton & Company, is the largest independent, employee-owned publishing house in the United States. It was founded in 1923 and publishes around 450 books per year in trade nonfiction, fiction, and poetry, as well as in college textbooks.