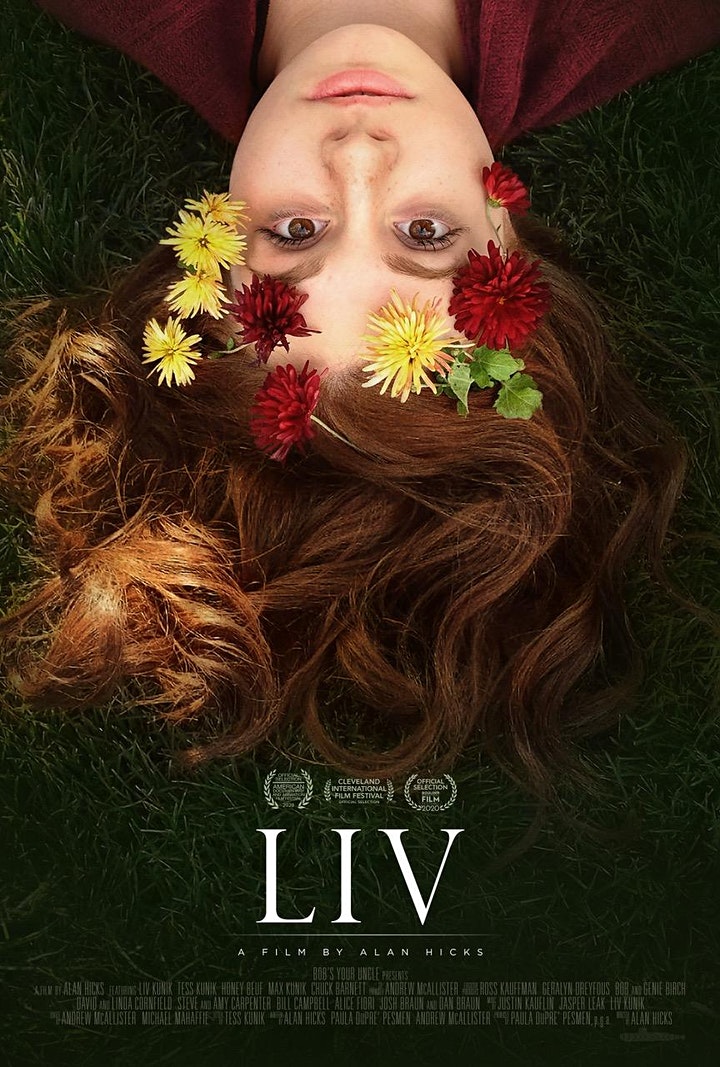 The LIV Project is a creative collective determined to turn the tide of youth suicide.

Register for this JLF event

After registering, you will receive the link for this event in your confirmation email.

The JLF (Jaipur Literature Festival) Colorado is encouraging the literary community to stay connected during this opportunity for profound social change and in the midst of the pandemic. JLF Colorado is offering FREE, live virtual programs with leading diverse writers throughout the season. Words are not only integral, but also essential, to processes of knowledge, understanding, and change at any time and in any place.

This event is not hosted by the Boulder Public Library and may be updated, changed, or canceled with little notice.  This program is produced by a community partner - we hope you enjoy! Tips on internet safety and privacy.

LIV is a 39-minute film featuring sisters Tess and Liv, who from a young age are inseparable. Liv is a young girl, growing up with relentless pressures of social media, teen depression and, often, suicidal thoughts. Through fearless storytelling, LIV reveals the realities of stigma, the struggles of mental health, and the aftermath for the survivors left behind in a suicide.

The film will be followed by a virtual panel discussion with subjects and a licensed therapist about the film and the LIV Project's mission of fearlessly communicating to turn the tide of youth suicide.

The internationally renowned Jaipur Literature Festival, named the "greatest literary show on Earth," by Tina Brown, established its Colorado branch, JLF Colorado in 2015. JLF Colorado is an uplifting celebration of the mind and heart, writers, and thinkers from the Americas, Asia, Africa, and Europe. This year, the community will participate in provocative online conversations about life and society, economics and the arts, equity, freedom, and the care of our planet. JLF Colorado is presented by Teamwork Arts in association with the Boulder Public Library, the City of Boulder, the Boulder Arts Commission, and the Commission on Human Relations. Follow us on Facebook, Twitter, and Instagram at @belitco. jlflitfest.org/colorado

About the Jaipur Literature Festival

As the world continues to go through extraordinary times and we embrace a completely digital idiom, books, ideas, and discourse are vital as is the importance of ensuring a free flow of knowledge and information.

The iconic Jaipur Literature Festival, held annually at the Pink City of Jaipur, Rajasthan, has always believed in the spirit of community and the hope, strength, and vitality literature gives. As we distance ourselves from each other physically, Teamwork Arts, the producer of the Jaipur Literature Festival, goes on curating international editions of JLF, which traditionally infuse the multilingual literary heritage of South Asia with the distinct flavour of the host regions, in the digital space with a diverse & engaged community of book-lovers.

This year, JLF Colorado, Teamwork Arts, and the Boulder Public Library bring you JLF Colorado Online, in which the aesthetics of the Rocky Mountains and prairies of the beautiful city of Boulder are replaced by the boundless possibilities of the internet and a reach beyond the borders of Boulder. Everything else remains the same - the camaraderie, the caravan of ideas, and the magical flow of conversations.