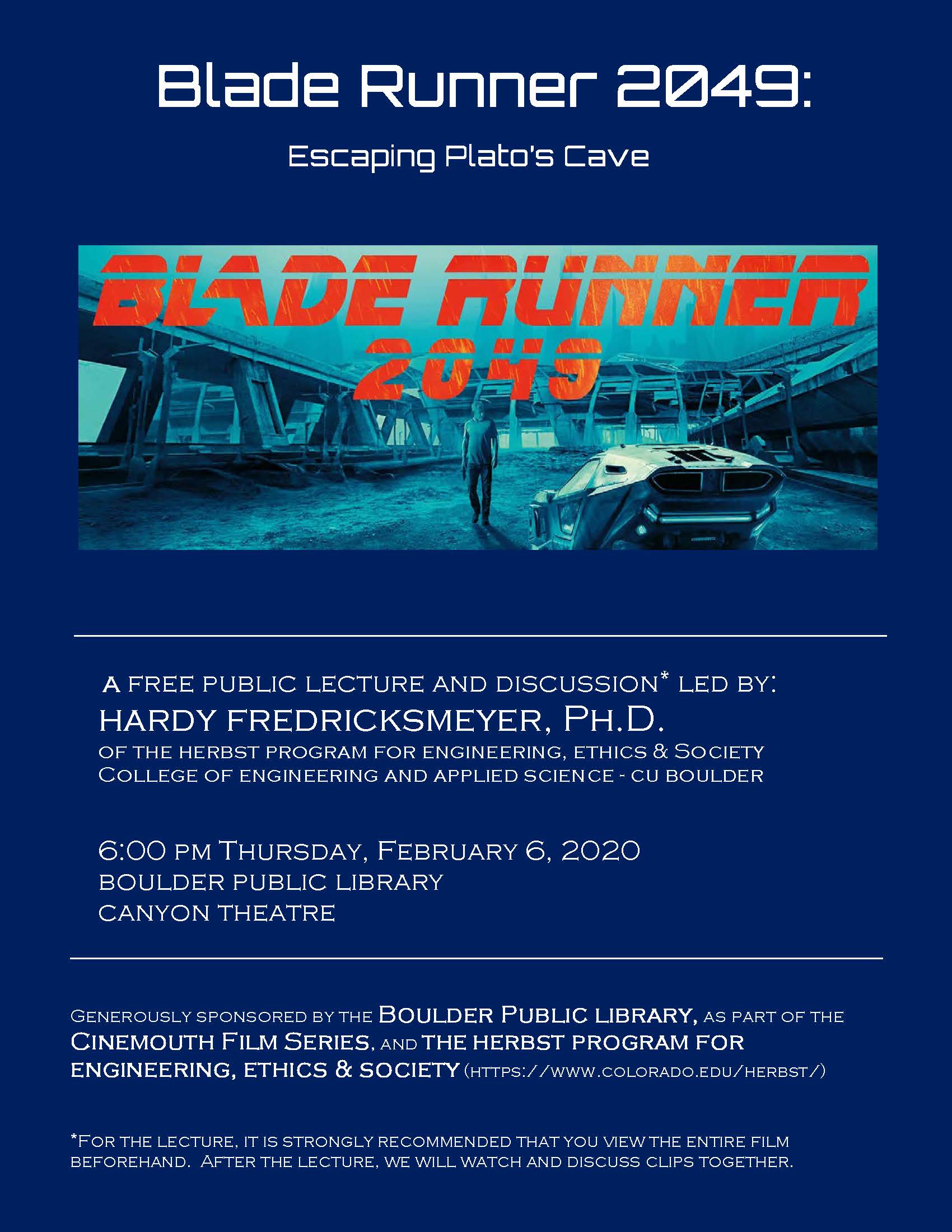 Blade Runner 2049 (2017) has already generated an extensive and insightful body of commentary. Nevertheless, this talk hopes to provide a fuller account of the film’s extensive use of other narratives, ranging from Nabokov’s existentialist novel Pale Fire to Prokofiev’s symphonic fairytale Peter and the Wolf. Further, the film is more anthropocentric than technocentric. It focusses more on us as reflections of our technology than on technology itself. Provocative questions arise from this reading. These questions include whether the soul is a mere linguistic construct, by which man justifies his subjugation of everything else in nature perceived to be without one. To understand this, the film implies, is to escape Plato’s cave of self-delusion.

After the talk, the audience is invited participate in a group analysis of the film’s thematically rich opening minutes.