All locations remain closed to the public. At the Main Library, outdoor book returns are open and hold carryout service by appointment is available. Learn about our phased reopening. 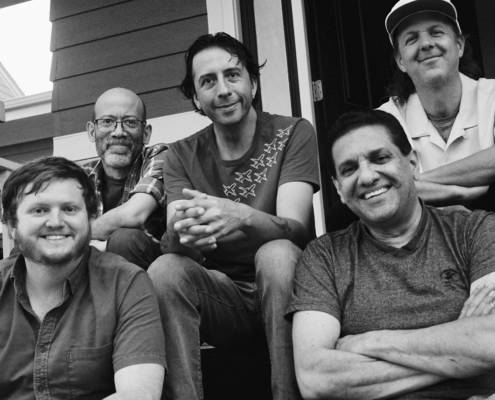 Started playing bass in Santa Barbara, CA. He studied jazz and commercial music at Santa Barbara Community College, but learned latin jazz and salsa under the guidance of local musicians Rene and Reuben Martinez. After a stint on Carnival, Zak returned to Santa Barbara, where he continued playing with various groups and picking up session work. In Colorado for PhD program, Zak was lucky to meet Victor Mestas and has been playing with Chicos Malos! ever since!

Vocalist from Caracas, Venezuela, started singing at the early age of 9 during middle school time. When reached 15 started to listen salsa for the first time and got hooked up with all the salsa movement of those years back in 1978. Has been the lead singer for several salsa bands in Denver, and Orlando FL.

Is a CO based musician currently living in Boulder. He can be found playing with groups in the area as well as internationally. With a musical style rooted in the dance rhythm of "clave," he is a first call drummer for bands playing Salsa, Reggae, Funk and West African styles of music. He also is the director of his own Latin-reggae group, Jyemo Club, who played at Red Rocks last July 21.

Pianist from Caracas, Venezuela. Endorsement artist for YAMAHA keyboards in Venezuela. Mestas has performed with renowned bands, including Guaco and Trabuco Venezolano, and he has also accompanied world renowned singers, including: Soledad Bravo, Cheo Feliciano, and Julio Iglesias. Since moving to Boulder, he’s been performing on the Brazilian-Latin Jazz scene, and last year he started to teach Latin Jazz Ensemble at Thompson Jazz Studies Program, CU Boulder.