Until further notice, all locations are closed and cannot accept returns. Stream content through our Online Library.
Our call center and holds carryout appointments are available. Learn about our multi-phased reopening plan. 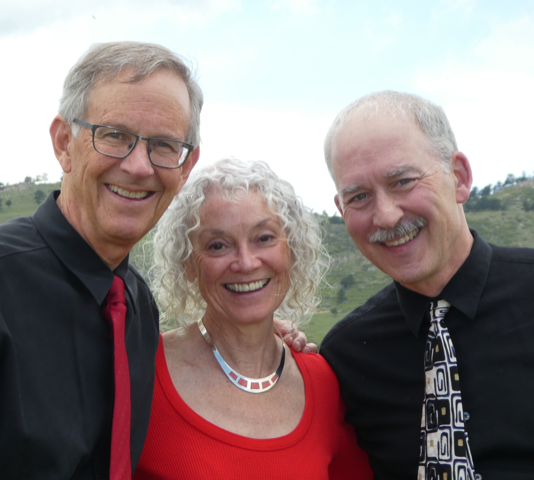 Sunday, October 13, 2 p.m.--in the Canyon Theater of the Main Branch of the Boulder Public Library

Concert is FREE--Thanks to the generosity of the Boulder Library Foundation. Arrive early for good seating.

“Some in the near-capacity audience were moved to tears” is Robert Miner’s description of flutist Mary Hannigan’s playing at a performance on the Simply Grand series at NPR affiliate station WVIA in Scranton and Wilkes-Barre. Notable performances include Market Square Summerfest in Harrisburg with the Ying Quartet, the national convention of the Music Teachers National Association, and the McGraw-Hill Young Artists Showcase for radio WQXR in New York City. She has recorded for S.C.I. and performed widely across the United States as soloist, concerto soloist, and chamber musician. She is a member of two performing duos: one with her husband Barry and one with harpist Rebecca Kauffman. She has been a member of the Harrisburg Symphony since 1984. Ms. Hannigan recently retired from the faculty of Dickinson College, where she performed for many years with that college’s faculty wind quintet.

Ms. Hannigan’s students have won recognition at the national and state level on many occasions: a former student holds the piccolo position in the Chicago Symphony; others have been selected as masterclass performers for the National Flute Association Convention and have performed on National Public Radio’s “From the Top.”

Barry Hannigan is known for his performances throughout the United States and in Europe. He has appeared as guest artist at a host of American universities, such as UCLA, Yale, Cornell, and the Universities of Oregon, Colorado, Illinois, Arizona State, and Texas. He is the recipient of many awards and prizes, including those from the Ford, Belin, Surdna, and Presser Foundations. He has received a Solo Recitalist Grant from the National Endowment for the Arts, an award intended to recognize “the nation’s outstanding recitalists.” Hannigan has recorded for Opus One, SEAMUS, SCI, and Radio Telefis Eireann in Dublin, and has released four CDs for Black Canyon Records. He has performed in England, Ireland, Norway, and New Zealand. Hannigan recently retired as the Ellen Williams Professor of Music, Emeritus, at Bucknell University in Lewisburg, PA., where he has received the Class of ’56 Lectureship for inspirational teaching. His students have earned graduate performance degrees in piano performance at schools such as Peabody, Eastman, and the New England Conservatory.

Daniel Silver is a versatile performer whose performing has garnered international critical acclaim. The Washington Post praised his "sense of freedom and extraordinary control". Mr. Silver has served as Principal Clarinet of the Hong Kong Philharmonic, the Baltimore Opera Orchestra, and many others. Festival credits include Tanglewood and Aspen and summers at the Interlochen Arts Camp (Michigan, USA) where he has been a faculty member since 1991. Currently he serves as Professor of Clarinet at the University of Colorado, Boulder.

Mr. Silver has appeared frequently with the orchestras of Baltimore and Pittsburgh, including Carnegie Hall concerts with David Zinman and Lorin Maazel. His concerto appearances have taken him all over the world.

An avid chamber music performer, recent engagements include participation in the Vianden Music Festival in Luxembourg and performances with the Takacs, Maia and Cavani String Quartets. His teachers have included Thomas Peterson, Robert Marcellus and Deborah Chodacki.